In this crazy, busy world, these gifted people volunteer their precious time to come together and learn, share, and walk our talk. 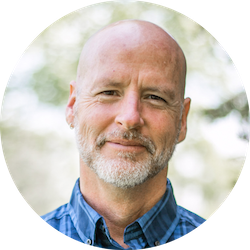 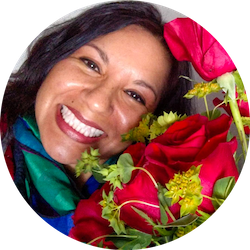 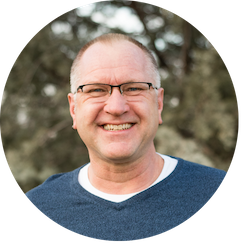 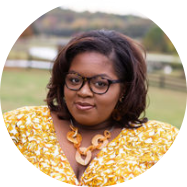 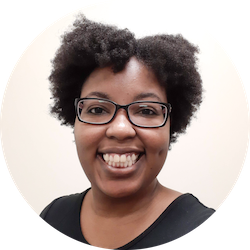 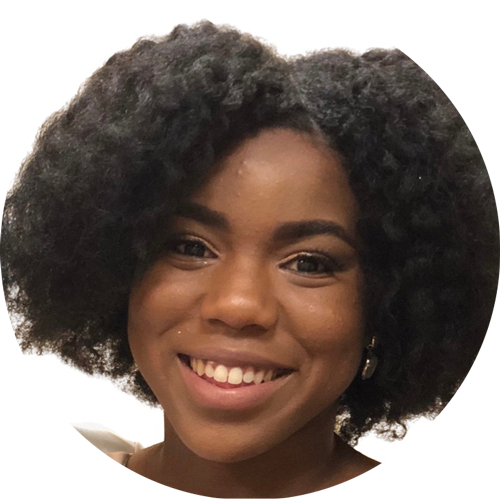 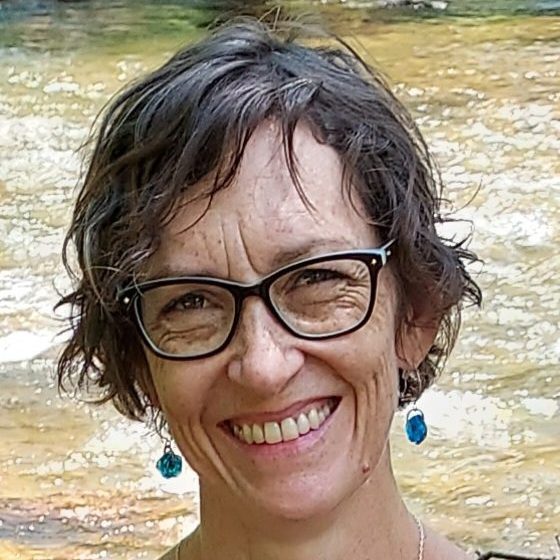 Co-Director in charge of  Outreach

Elliott’s upbringing… Each of us has a beginning, one that will define our purpose in life. In the case of Elliott, his purpose started way before he was born, with his father’s early life.

Elliott’s father — who died when Elliott was five — grew up as a Latino man (his genes being 50% indigenous and 50% Spanish) in a racially and culturally diverse community Southern Colorado. In the 1940s, Elliott’s father did cross-racial, cross-cultural leadership work, especially with youth. Elliott only found out about his father’s work later in his life, after he had already invested himself deeply in the same line of work.

Whenever Elliott feels lost, he looks back at his father’s story to remember why he is here.

What is Elliott’s mission? Like his father, Elliott’s mission is to provide supportive opportunities for people to move through the shame, grief, fear, and anger to what they love, what lights them up in solidarity across our differences.

What is Elliott’s background? Elliott’s work began on the Navajo reservation, where he taught special education. Afterward, he directed a school district transition program serving students with disabilities. Later in life, he worked as a school principal both at a predominantly Latino elementary school and at a progressive, experiential middle school. Still later, Elliott taught social justice classes at Naropa University and directed the Human Rights Office for the City of Fort Collins.

What is the Story Behind The Sum? In 2006, Elliott founded The Sum (thesum.org). Ever since, Elliott has worked with business, healthcare, k12 and higher education, HR, government, law enforcement, and faith communities.

Elliott’s innovative approach, called the Power of Difference Model (PDM), focuses  on developing internal awareness of 3 primary unconscious patterns and how these play out in our lives. The model centers on learning to integrate or “leverage” the assets of  these patterns related to our differences of race, gender, religion, disability, sexual orientation, socio-economic class, and culture.

The Sum and Charlottesville…After James Fields drove his car into a crowd in Charlottesville, VA, killing Heather Heyer and injuring 40 others, Elliott moved to Charlottesville in a camper. He partnered with the Heather Heyer Foundation to create a youth program called Heyer Voices (www.heyervoices.org), and he has established a faith community called The Welcome Circle (www.thewelcomecircle.org). Elliott developed a survey and support program for individuals interested in leaving hate groups and those convicted of hate crimes. He created “Solidarity Protocols” and “Solidarity Circles” — both tools for communicating across power differences.

Lucero Castro-Frederick, originally from Mexico City, is our Board President.  She has a Master’s degree in social work and her passion is working in a therapeutic capacity with Latino immigrants, families, and young children.  She was voted Woman of the Year for the city of Fort Collins in 2000 and has served her community in the Strengthening Latino Families Program, the Hispanic Latino Leadership Institute, and the Latino Action Task Force for the local school district. She loves dancing, nature and cooking. She has been a Buddhist practitioner for 20 years. Her son, Omar, is 19 years old.

Steven Peterson is our Board Treasurer. He has a degree from Colorado State University with a major emphasis on the Social Sciences, a minor in Economics, and has had a career over 30 years with Wells Fargo Bank, N.A. currently working in Consumer & Small Business Banking operations support. Steven is a member of Wells Fargo’s “Pride Connection” and “Black & African American Connection” Employee Resource Networks and has been a certified facilitator in the Wells Fargo Diversity, Equity, and Inclusion employee training course. A native to the Northeast Colorado plains, Steven now resides in his Colorado home along the front range of the Rocky Mountains. Through his professional career and time with the U.S. Navy Reserves he has had opportunity to work and travel in 45 of the United States and 4 countries abroad. Steven identifies as a cisgender, gay, Caucasian male and has a partner in Detroit, MI.

Crystal Byrd Farmer is a writer and speaker active in the intentional communities movement. She graduated from the University of South Carolina with a dual degree in Mechanical Engineering and Russian and worked as an engineer for six years, earning her Six Sigma Green Belt. In 2016 she began working as a diversity trainer and consultant as owner of Big Sister Team Building. She also co-founded Gastonia Freedom School, an Agile Learning Center for children with disabilities. She published The Token: Common Sense Ideas for Increasing Diversity in Your Community, in 2020. Crystal was previously the website editor for Black & Poly, a
resource promoting healthy polyamorous relationships for Black people. Crystal identifies as autistic, Black, disabled, female, and bisexual, and she draws on her experiences to help others understand and amplify the voices of marginalized people. She has one child and lives in Gastonia, NC.

As a native of Virginia, Ebony Brown is an educational leader and purpose pusher. She has worked as a special education teacher for four years in both the elementary and secondary setting. She holds a Bachelor of Arts degree in Liberal Arts with a History minor from Longwood University, a Masters of Arts in Teaching Special Education from Liberty University, and she is currently working on a doctoral degree in Educational Leadership from Liberty University. Ebony has a true heart and passion to serve. When she is not working in the classroom or community, you can find Ebony cooking, baking, singing, reading, or shopping.

Tamia Spells is an educational professional passionate about authenticity, family, liberation, equity, and justice. As a native of Washington DC, Tamia grew up with an interest in and love for policy and government. She attended the SEED School of Washington DC, the nation’s first public college-prep boarding school and went on to earn her Bachelor of Arts degree in Political Science with a minor in Communication from Virginia Tech as a first-generation college student. She joined Teach for America: Miami-Dade’s fight to eliminate educational inequity in 2014 and has since served as a champion for scholars and families who are most often overlooked by our systems.

Tamia enjoys spending time with her daughter, bonding and participating in service and social action activities with her Sorors of Delta Sigma Theta Sorority, Incorporated, and creating Historically Black College and University (HBCU) and Divine 9 Sorority and Fraternity-inspired apparel for babies and toddlers through her business, The Baby 9.

Co-Director in charge of Outreach- Cathy

Cathy loves connecting with others and herself through her joyful embodiment of movement. She brings her experience as a dancer, mom, actor, player-with-kids, Feldenkrais PractitionerⓇ, Occupational Therapist, and musician to her work as the Sum’s Co-Director in charge of Outreach. She finds deep satisfaction in exploring and combining quiet listening with exuberant expressiveness in celebration of her own and others’ self-discovery in the work (and play) of The Sum…whether it is in problem solving, accountability, project oversight, or collaborative design. Her life as an able-bodied, straight, Anglo woman from a Quaker family with middle and lower class experiences also informs her work as do her early experiences living in Costa Rica.

Rather than some work of this nature that uses shame and blame to address issues of race, gender, etc., Elliott and his team’s approach honors perceptions of both self and others. Before we can dismantle unjust systems and institutions, we must understand ourselves. This work does that.

What are your answers for some of the most critical questions of our time:

“What can I do about issues of race and racism?”

“How can I live in solidarity across our differences?”

“How do I cultivate a workplace, community, or school that is safe for, and honoring of, everyone?”

Supporting this internal, challenging, and ultimately joyful journey, is why The Sum exists.

We do this in three main ways:

Check Out Our Blog 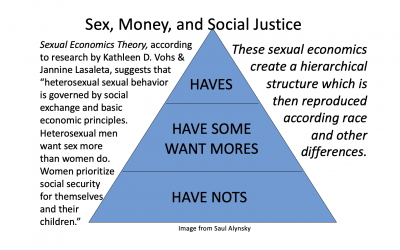 — By J. Elliott Cisneros, Edited by Cathy Butler I grew up with a lot of unknown and unacknowledged privilege. I was a straight boy: cis-gender, able-bodied, Christian, middle-class, and white. From these “locations,” I learned lots of specific, mostly unspoken rules....

END_OF_DOCUMENT_TOKEN_TO_BE_REPLACED 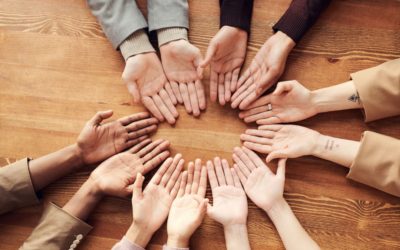 3 Examples of Unconscious Bias and How to Eliminate Them:

A closer look at the Power Difference Model (PDM) copyright by The Sum--a 501c3 in Charlottesville, VA There are three primary patterns of unconscious bias. We each tend to hold one of these concerning differences: race, gender, culture, disability, religion, class,...

END_OF_DOCUMENT_TOKEN_TO_BE_REPLACED 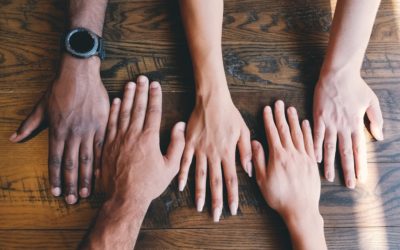 The Power of Difference Model In-Depth

© 2016--All Rights Reserved Carla Sherrell, Ed.D., J. Elliott Cisneros M.Ed.Revised and Updated by J. Elliott Cisneros 9/2019 INTRODUCTION  The Power of Difference Model is a tool for understanding how power and our sociocultural differences of race, ethnicity,...